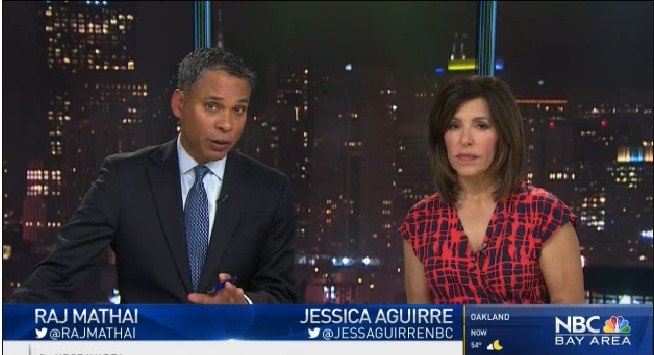 But new research in California suggests there could be a cure on the horizon.

The NFL released a report in January showing that despite rule changes and better equipment, concussions rose more than 13 percent last year. A promising treatment that many scientists would like to pursue has hit a snag. The problem is it comes from cannabis, so the government and sports leagues won’t touch it.

There may now be a cure for that, too. 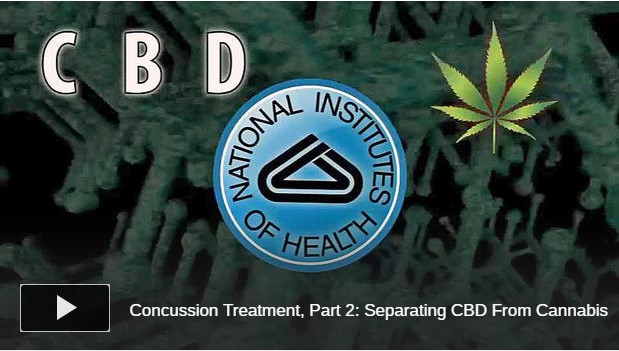 The NFL and U.S government take issue with CBD in the treatment of concussions because it comes from cannabis. But a San Diego lab is working on growing the molecule outside the marijuana plant. Colin Resch reports.

“I was able to smack heads every day for a job but not have any lasting concussion symptoms while using cannabis as part of my regimen,” former NFL player Nate Jackson said. “I think that’s a testament to the fact that it might work. I mean, that’s something to listen to.”

Since retiring from a six-year NFL career, Jackson has been a vocal advocate for the therapeutic properties of cannabis. He says the league hasn’t taken kindly to his views.

Still, Jackson believes roughly 50 percent of current NFL players use cannabis medicinally. They do it, he says, because the alternative is risky.

“You see people becoming addicted to opioids. I know some myself,” he said. “And the powerful anti-inflammatories we used to get in needle form the night before the game, all of that to me is unnecessary. If we were able to find a holistic, natural alternative that happens to be a lot of cheaper, I think everybody wins.” 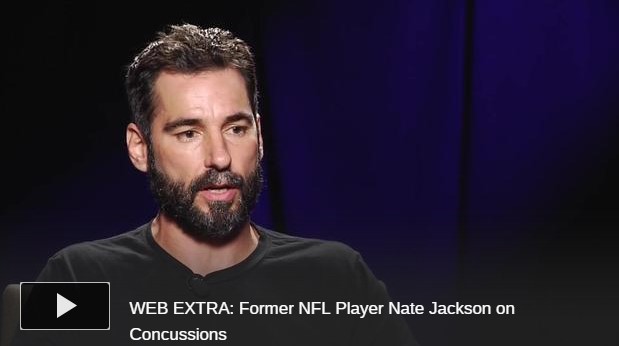 Nate Jackson starred at Menlo College before embarking on a 6-year NFL career. Since his retirement he has been a vocal advocate for the therapeutic properties within cannabis. He believes Renew Biopharma is close to finding the perfect solution to the NFL’s concussion epidemic.

That alternative, many researchers believe, could be a molecule inside cannabis called CBD. The U.S. National Institutes of Health acknowledges CBD contains neuroprotectant and anti-inflammatory properties.

In the case of a concussion, the brain swells or inflames. Theories suggest CBD could trigger repair mechanisms in the brain to counteract swelling. But sports leagues don’t want to touch CBD because of its source.

That’s where a San Diego-based biotech company, Renew Biopharma, may have found a solution.

Dr. Tarapore finds optimism in Renew Biopharma’s approach to searching for a cure to concussions and CTE.

Numerous companies are performing similar research in regards to the therapeutic properties of CBD. But they all involve the extraction from a cannabis plant. Renew is working on isolating and refining the CBD molecule outside of the plant itself. The idea is to increase the potency.

“When we talk about purity, yes, we make a single cannabinoid, a single therapeutic, and we deliver it as a therapeutic,” said Michael Mendez, CEO of Renew Biopharma. “There is no THC. There are no other plant derivatives coming through.” 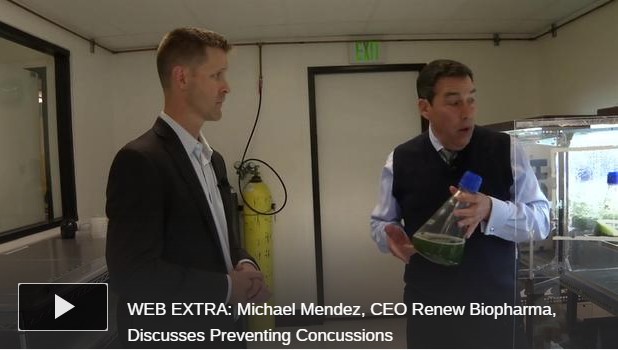 Renew Biopharma is attempting to re-manufacture the CBD molecule and increase it’s potency as an anti-inflammatory and neuroprotectant. Stopping the progression of CTE and preventing concussions is the end goal.

Mendez foresees the day when athletes will take preventative measures for their brains as they’re already doing for other parts of the body.

“We think that we can develop the therapeutics from the molecules that we’re looking at now; that’s going to be a preventative,” he said. “So that when you go into the game, like you tape your ankles, like you put on your helmet, of course you’re going to take something to prevent you from having a concussion. Of course you are.”

That’s the long-term goal. More immediate is a treatment for the serious symptoms associated with chronic concussions.

“Can we develop molecules that just stop the progression?” Mendez said. “And in between, I think there’s an opportunity for us to make and manufacture natural molecules, completely pure, that would help to slow the progression.”

“It would really legitimize a lot of the feelings that a lot of players and a lot of athletes have already had about what works for them and what doesn’t,” Jackson said. “And we’re looking for an alternative. We don’t want to have pills forced upon us. We don’t want to be ravaged from the effects of concussions. We don’t want that to be a death sentence.”

The NFL announced in August 2017 that it will donate $40 million for neuroscience research. Jackson hopes the league also will back research into the CBD molecule.

“They could be seen as trailblazers,” he said. “The first league to actually throw money behind it and actually study it.” 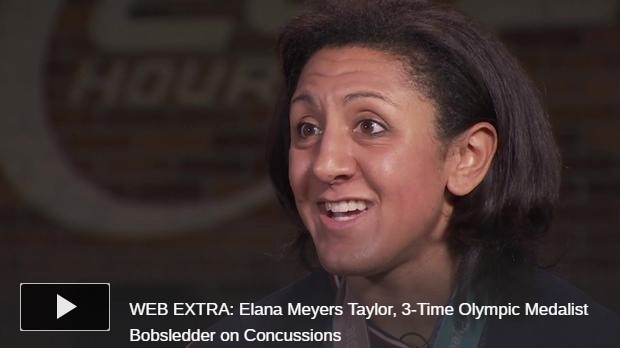